Super engineer Starr Saxon made robots then became one himself.  He was also the second Mister Fear.  Minor Daredevil villain but cool story.

Notable from "Wikipedia" Barry Windsor-Smith has stated that back in Daredevil #50, Saxon was supposed to be presented as gay; however, he admits that his early art wasn't good enough to get the point across.[1] Other issues have since revealed his sexuality more directly, such as Captain America #368 and Iron Man #320.

Listen to the podcast by Clicking Here 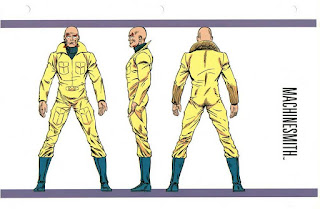